FFXIV: Looking Back at Nine Years

This weekend, FFXIV is celebrating nine years from the release of ARR. This means that I’ve also almost been subbed and playing FFXIV for nine full years.

I say almost because I wasn’t quite there for launch. I don’t know the exact date I started playing, actually, but my earliest Tumblr post about FFXIV was written on September 20, 2013.

Why I Wasn’t There for Launch

I never played FFXIV 1.0 for a number of reasons. First, I heard how awful the first version of the game was and all the laments folks had around it. I was playing Guild Wars 2 as my main MMO at the time, and had no interest in a modern FF11 wanna-be.

Second, Syn and I were rather unhappy with how S/E had been doing business over the years. We saw them milking the oldskool games of their franchise with repeated re-releases. We also watched as they butchered our favorite game of the series – FFIV -  by tacking on an awful “sequel” that they sold in bits and pieces (like they’re doing the FF7 remake). But this was done to cater to the early mobile crowd and unlike FF7, it was a terrible game – I still refuse to play it or accept it as canon.

Anyhow, we had some strong feelings about S/E at the time.

So with all that going against trying FFXIV: ARR at the time, what nudged me to doing it?

I started hearing really good things about this FFXIV remake called A Realm Reborn. I’d not paid much attention to the 1.0 version, other than knowing it was bad, the company was trying to make up to it to their players and it got shut down. I had no idea that this would be an amazing MMO story of unexpected rebirth and that I would take part in this experience.

My interest in FFXIV actually dates back to FF11. I was there pretty close to launch of that game, and had a lot of big dreams of playing a MMO in a Final Fantasy setting. Really, all I ever wanted was to get the Red Mage artifact gear and live in a FF world online. 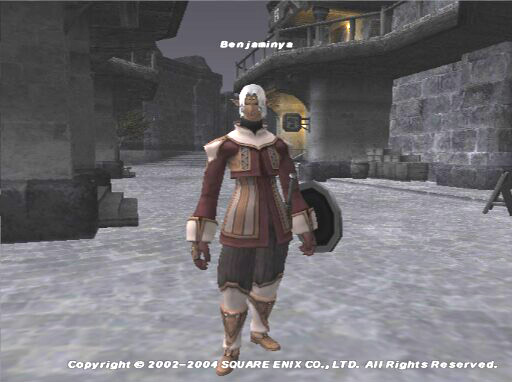 But it was not to be. FF11 was way too group-oriented at the time and I was terrified of grouping. I never made any real lasting friends in the game, so I sadly put it away with my dreams unfulfilled.

When FFXIV relaunched and I read that it was much easier to solo than FF11 was, it got thoughts going in my head. I kept hearing from players and news that ARR was so, so good as a relaunch.

At the time, I was also falling out of sorts with GW2. Despite all the time and dedication I put towards the game, it had started to move away from the game that I loved at release. So my eyes started to wander to a new possible MMO.

When I finally decided I wanted to try FFXIV, S/E had stopped selling it – both digital and physical. The population was such that they closed down sales to the game! This told me all that I needed to know. I’d never seen an MMO that stopped selling the box at launch because too many people were playing!

It took about two weeks from the time I decided I wanted to play for them to start selling the game again. As soon as FFXIV opened for sales, I was there, picking up a digital copy.

But I did this in secret. I was worried that Syn would be annoyed at me for breaking our S/E boycott and supporting the company with my money. I figured I had a free month of play time to decide whether it was worth it to keep playing.

Finding a New Home in FFXIV

It didn’t take very long – based on that Tumblr post, only a few days of playing – before I came clean to Syn about picking up FFXIV. I don’t recall her being upset about it because I was just too darn excited about FFXIV, Eorzea and this wonderful MMO story that I thought she would love.

I originally rolled my main as Zuri Nimat – a blue moon Miqo’te – and made her a Conjurer. My first iteration was on the Gilgamesh server. I was then contacted by some GW2 folks I knew from Tumblr who were on Midgardsormr. Having some friends was better than having none – though we never really connected in terms of a FC or running content. But I did make the move that put me on Midgard pretty early on.

I was not a healer main by any means, but I kept hearing about the terrible queues for DPS when it did come to dungeons. And boy did running dungeons terrify me, especially by myself. Especially as a healer.

I was decent at it, looking back, and that renewed my confidence. But every time I saw I had to do a new dungeon to continue with MSQ, I dreaded it. I think I got as far as Brayflox when I kinda set aside FFXIV.

I almost quit FFXIV around level 30 due to forced grouping in the dungeons. (Note: I had a chocobo named “Namingway!” – I forgot that!)

That would have been a terribly sad thing. But then, something ironic happened.

One day, I sat down with Syn on voice chat and said – I have something to tell you.

Then she said to me – I also have something to tell you.

Curious, I told her to go first. I remember this so clearly because it made me laugh out loud.

She said – I’m going to buy FFXIV and come play with you.

Surprised, I said – I was just about to tell you I was going to quit FFXIV.

And that is why I’m still playing FFXIV today.

I was so excited! Syn rolled Zeb and I rolled my first alt – Tai – so that I could play along with her. I didn’t care that I was starting over at all.

From there, it was pretty much history. We leveled, and I eventually picked up Zuri again and started moving forward with her as a Bard (which I absolutely loved).

We rolled our characters back in December, and didn’t hit level 50 until April the next year. Boy were we super casual back then! I can do that in two days now. XD

We’d spent much of this time migrating between Free Companies, but not finding one that was a good fit for us. Then, in May of 2014, Zeb and I ran across folks who we’d eventually found our previous Free Company – Knights of Memory – with. It was about this time I accepted that FFXIV was becoming my main MMO. I was still dabbling with GW2 at the time, but less and less so.

Our FC went through a bit of a slump over the summer of that year, as did our playing. I was also starting to build the foundation of what has turned into this blog at the time. So my posts were split between casual content at Tumblr and longer posts on this blog.

Sometime in June, I’d been designated as the temporary FC leader since the other leader had paused playing FFXIV for a time. It wasn’t until February of the next year that I fully inherited the FC and decided to move forward with building a community out of it – at the time, owning a FC house was a really big deal!

Once I initiated that, Zeb and I were pretty much dedicated to FFXIV for the long haul. The FC we built on Midgardsormr still exists today, though we’ve moved on to something smaller. We just don’t have the time to run a guild anymore and play the game at the same time!

Long story short, almost nine years later, I’m still playing FFXIV. Really, we haven’t taken breaks. No lapse in my sub in all these years. I just pace myself and know better than to push end game content too hard.

This is probably the longest MMO that I’ve been active in almost daily. I’m still happy here. Still excited about it. Still have a LOT to work on and discover.

Here’s to another decade or two – one can hope!